Not Your Typical Shooting Range! The Story of Wolf Creek Lanes.

It’s not what you may think of when you hear the word, ‘Range’. It is also not a range ‘Facility’. It is simply and commonly referred to as ‘Dispersed Recreational Shooting places on Public Lands’, (places where the general public may target shoot recreationally, seven days/week, during daytime hours and without fees or supervision). The difference is, these lanes are ‘Improved’ and they’re solving problems. 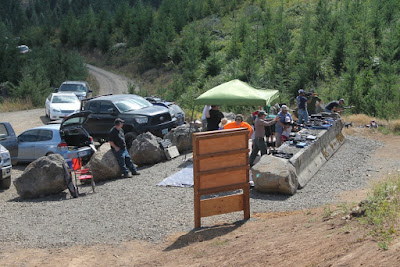 The lanes are located in the Tillamook State Forest, near Timber, Oregon, where, in 2016, the Oregon Department of Forestry had improved 4 dispersed shooting lanes along the North Fork Wolf Creek Road.
Improvements were designed to address several issues concerning public recreational shooting, primarily focusing on fire prevention. In reality, they have become ‘solutions’ to several other concerns as well.
Trash No Land has been working with the ODF by volunteering to numerous meetings, site visits, design suggestions and recommendations from a shooters perspective.
Extensive thought, planning and preparation went into these improvements.
Current Situation (ODF 2015)
Target shooting has been a long standing activity on the Tillamook State Forest that has been steadily growing in-terms of use levels and the number of target shooting locations. It is taking place across the forest and in areas and in ways that create:
Policies and management strategies have not kept pace with the
intensity, scope and scale of the target shooting activity.
Conceptual End in Mind (for 2016 and beyond)
Recreational target shooting has a long history on the Tillamook State Forest and is a supported use that integrates well with the other activities on the forest and has:
Strategy
This project proposes to develop a strategy, in collaboration with our partners and the target shooting community that will:
Benefits of Improvements
ODF completed the first improvements in July of 2016. Since then, they have evolved into solutions that address many of the concerns with dispersed shooting on public lands.
They have also become a shooters preferred place to shoot on public land. 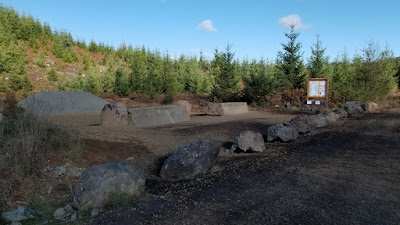 Along with the popularity of these lanes, we are seeing a greater sense of community support, as evidenced by a display of ownership, ethics, stewardship, sharing and respect for the shooting sports. The lanes are being used as intended and are well cared for by the community. Trash is at a minimum and users are removing more than their own spent casings and used targets. Education, awareness and communication, amongst its users, are making a difference. 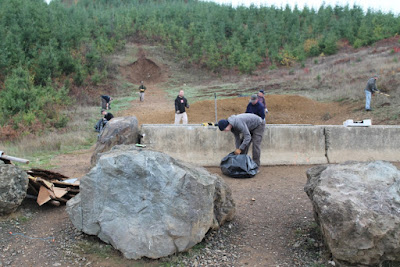 By Fall of 2018, these lanes were in need upgrades. The original impact berms, simply mounded up piles of clay dirt, have deteriorated greatly and the lane surfaces needed grading and new gravel. The long-range hillside impact zones were eroding and needed corrective measures. 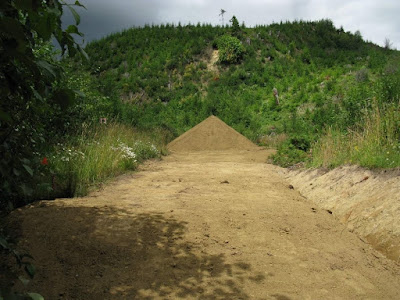 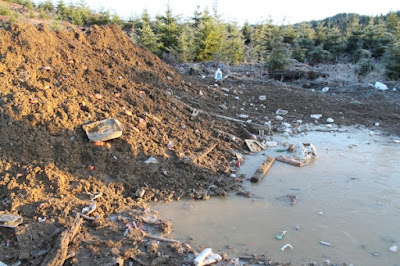 Renovation work was completed at lanes 2 and 3, November 10, 2018. Project was funded by a generous grant from the NRA Foundation. The Oregon Department of Forestry contributed significantly with needed gravel materials, a professional consultation and engineering work. Trash No Land obtained the grant, assisted with plan design and project management. 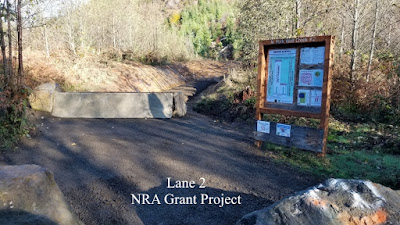 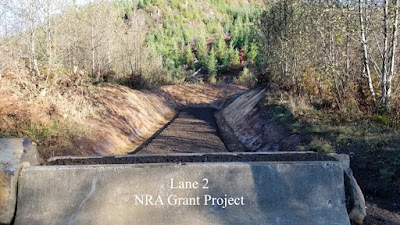 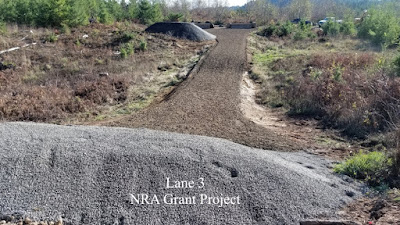 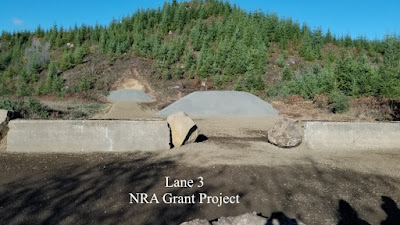 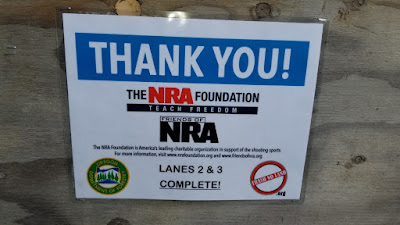 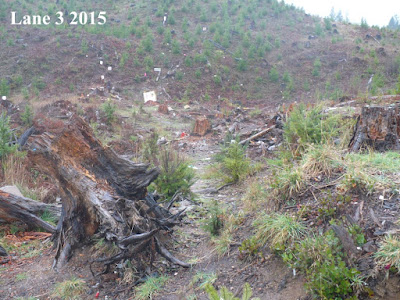 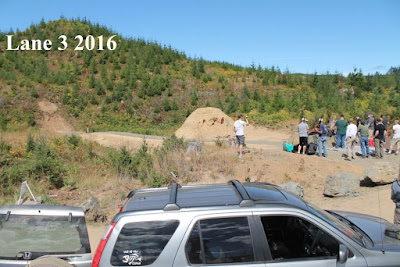 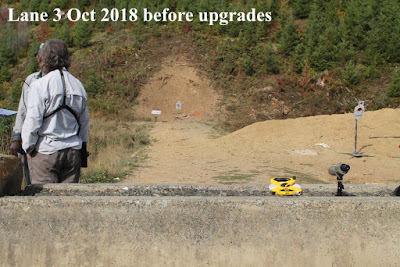 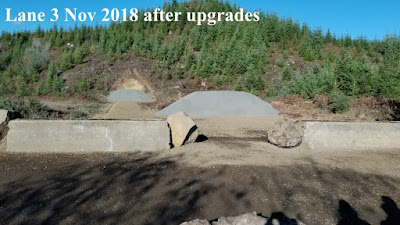 Upgrades continue for Lanes 1 & 4
The next step is to complete the needed upgrades to lanes 1 & 4. These improvements will be as designed, and recently completed, at lanes 2 & 3. The estimate to complete renovation work on lanes 1 & 4 is $28,500.

Funding for these needed improvements is expected to be accomplished with donations from the general public. The project is scheduled for completion by summer of 2019. 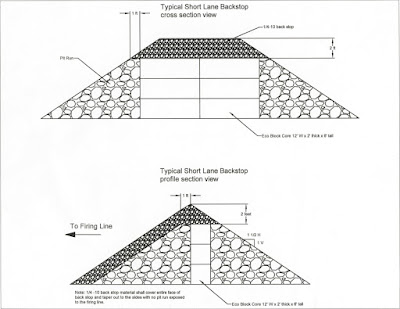 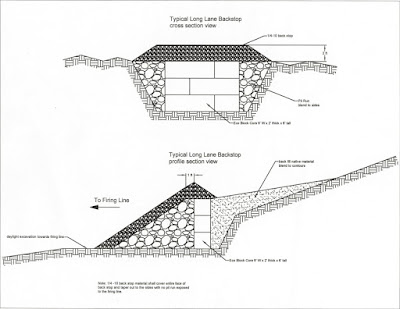 We are rebuilding these lanes for long term sustainability!

A fundraiser has been started on the Trash No Land website: 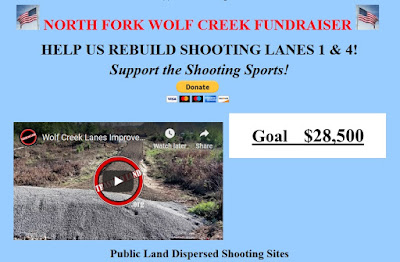 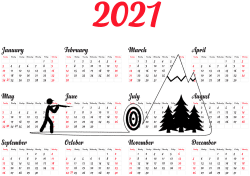