Responsible shooters know how to recognize a good place to shoot on public lands.  They also know what a bad place looks like.  If it doesn’t have a high earthen berm backstop, it’s not a good place to shoot.  If it’s a tree, downed log or a stump, it’s not a good backstop.  If it’s heavily wooded with fire hazardous materials, it’s not worth risking a fire.  If it’s on a roadway, trail, across water, near outbuildings or out into the wild blue yonder, it’s not safe.  These are the concerns a responsible shooter looks for when seeking out a safe place to shoot.
The increase in recreational shooting, over the past several years, has also increased the use of unsafe and fire hazardous areas.  This is a concern for forest officials, general public and target shooters as well.  Public and personal safety is first and foremost in mind for responsible shooters.
On Saturday, Oct 26, 2019, the Trash No Land organization and volunteers from Northwest Firearms forum teamed up with the Oregon Department of Forestry, in the Tillamook State Forest, to post and close six unsafe and fire hazardous dispersed shooting locations on the East side of the Tillamook Forest.  These are specific places that do not meet the standard (rules) for safe and lawful target practice.
Previously, representatives from Trash No Land partnered with ODF officials to evaluate many commonly used dispersed shooting locations to identify potential concerns.  Many places were marked Green and deemed safe and lawful, however, some were Red-Tagged as being unsafe and/or possess a risk of fire danger.  It was the Red-Tagged locations that no shooting signs were posted on the 26th.
While choosing a safe place to shoot on public lands is common sense to most shooters, some are not thinking about the basic, (top priority), necessity of choosing a safe place.  It must have an earthen berm backstop, not be shooting into trees, stumps or downed logs, not shooting down a roadway or trails, across a waterway, near outbuildings, nor across valleys where other roads and trails may be.  Every shooter is responsible for each round they send down range and no rounds should leave the range.
Responsible shooters everywhere appreciate the cooperation of forest officials and we thank the Oregon Dept. of Forestry for their help in providing the materials and collaboration in the efforts to improve and promote responsible recreational shooting.
The photos record the days event.  You will notice we were joined by some nice folks who were simply out for a day of family fun and decided to invest a small part of their time to help clean up.  That’s what sharing our forest is all about! 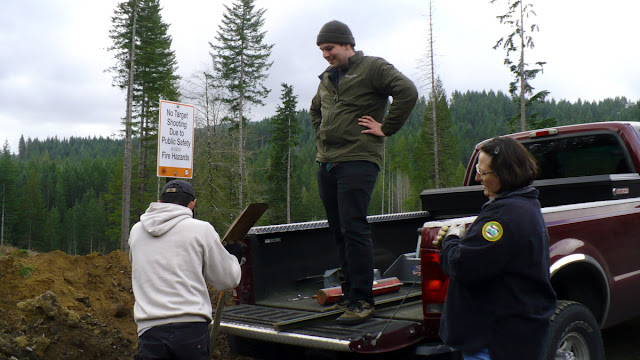 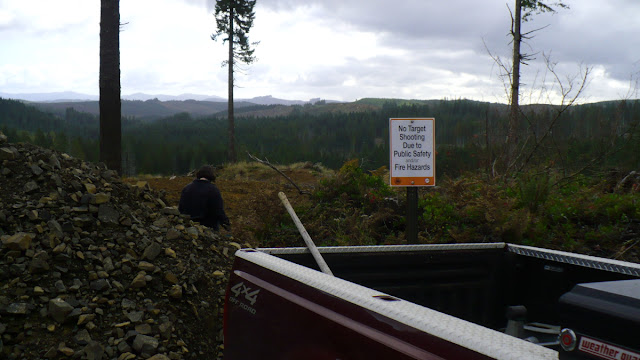 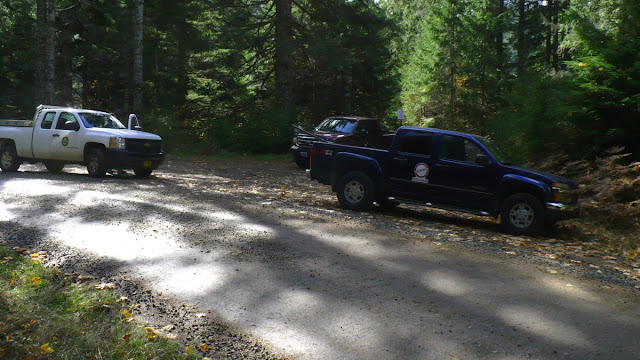 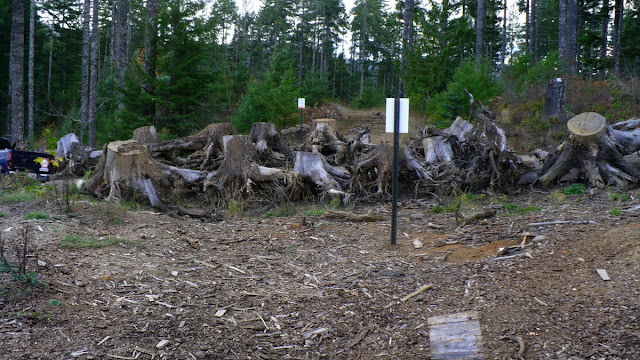 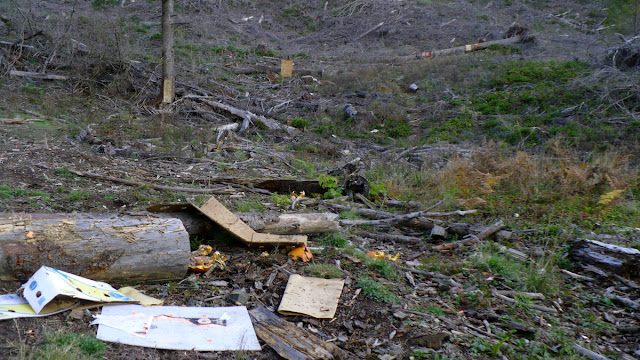 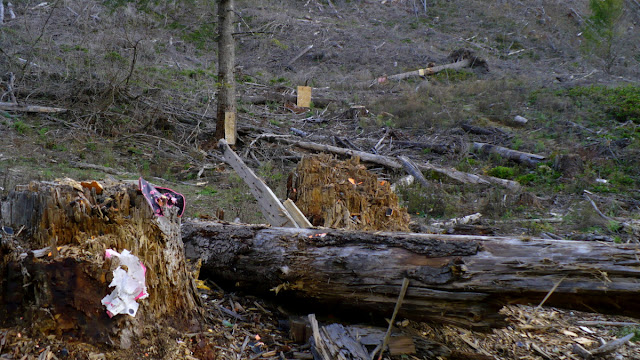 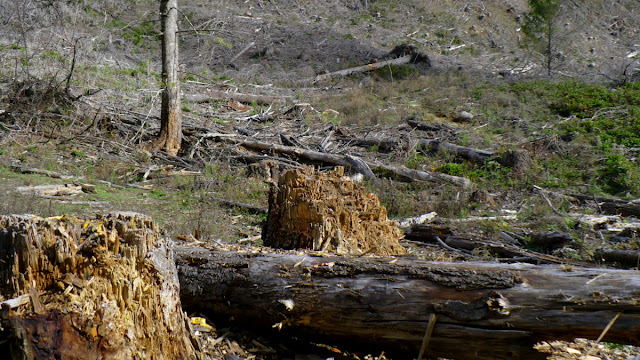 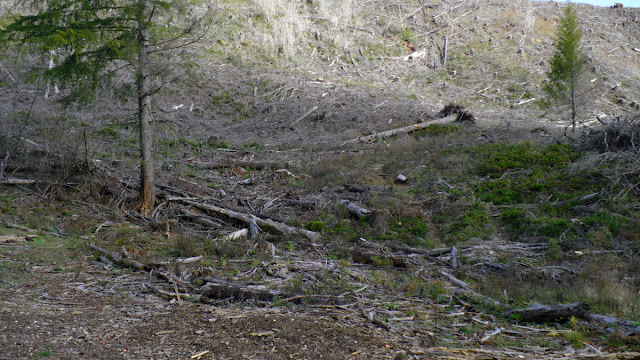 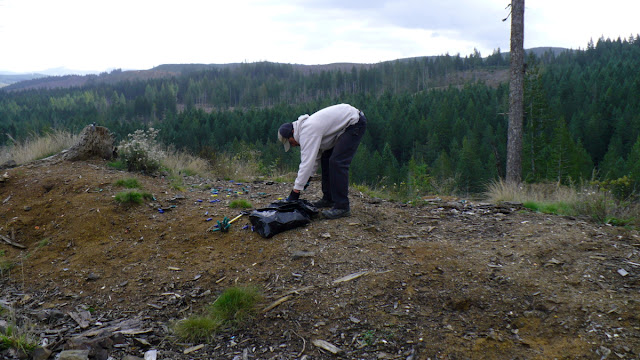 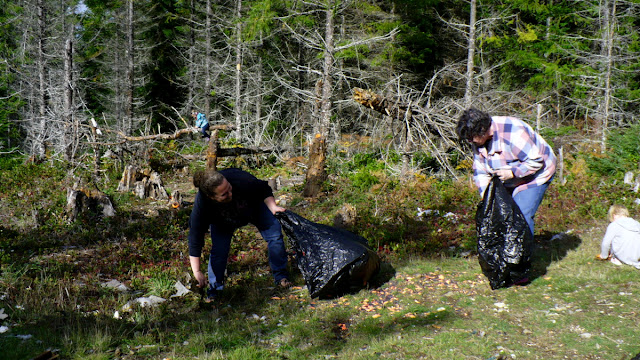 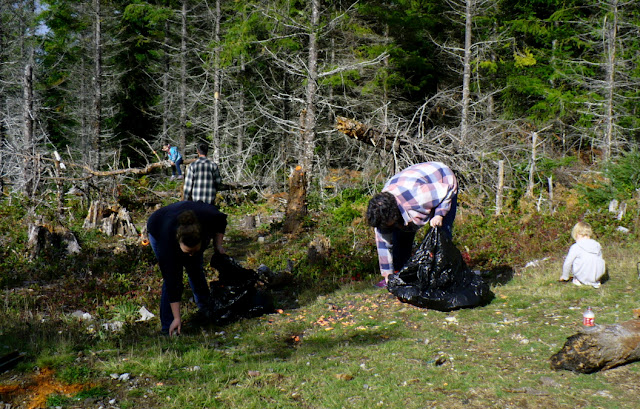 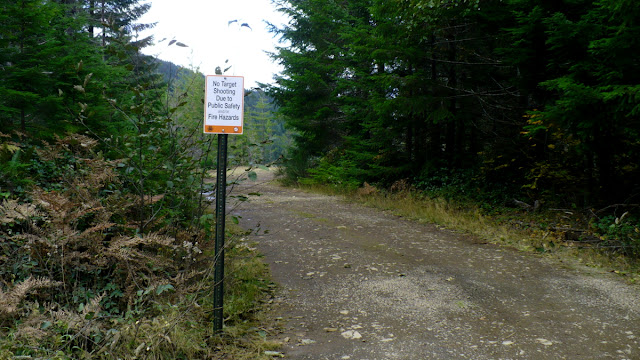 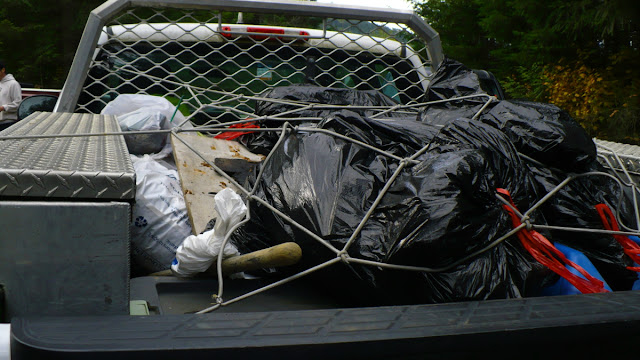