On Saturday, July 14, 2018, a 90 degree day, a DNR Fire crew responded to a report from a target shooter of smoke rising from a stump in the Yacolt Burn State Forest. The stump was being used as a backstop for target shooting. DNR Fire quickly responded and extinguished the smoldering embers before it ignited into flames. 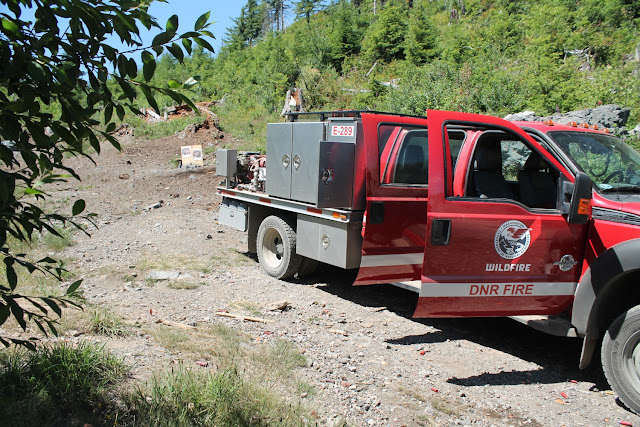 Target shooting can and does start fires under certain conditions. Never use stumps, down logs, and trees as they are prime with dry tinder and can easily start a wildfire.

This particular stump has thousands of rounds inside, as it has been used as a backstop for years. Many of the rounds are of steel and copper core. The wood has been mulched down into soft fine shavings of fire starting tinder. As bullets collide with each other, you get sparks inside the stump that begin to smolder. 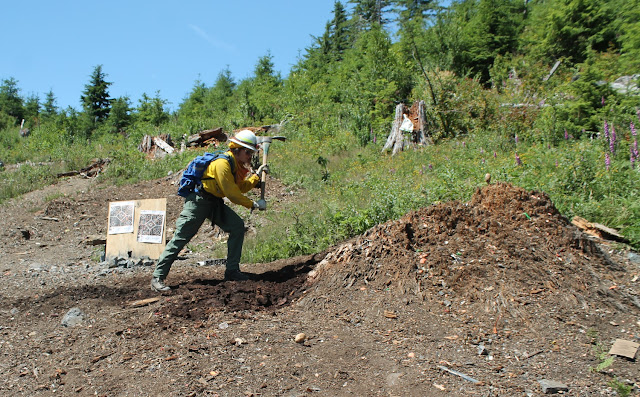 When steel and copper core bullets strike a hard surface, steel/rock/other bullets, a tremendous amount of friction is generated. Friction is heat. Super heated fragments, very tiny in size, fly off in various directions. They can land in dry tinder and smolder for quite some time. The heat associated with the bullet or bullet fragments can and has, as we witnessed today, created fire in stumps and logs. 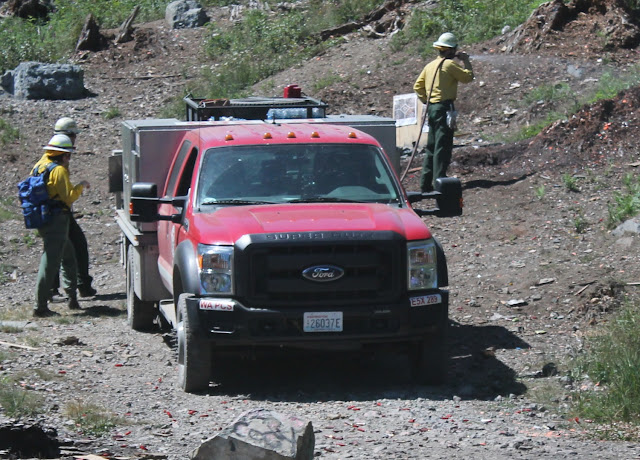 Work in the field, such as flush cutting stumps and logs, have shown where the wood, in the stump, has been charred around the bullet or bullet fragment. You may be long gone when a fire actually ignites.

The shooter had noticed smoke rising from the stump and promptly notified fire officials. The shooter had also dug out part of the smoldering area of the stump to allow water to penetrate the burning area more quickly.

This is a reminder of the importance to ALWAYS TAKE FIRE PREVENTION GEAR with you at all times when shooting. (It’s a requirement in the fire season, but responsible shooters pack it year round). And never use trees, logs or stumps as backstops! You need a 2 1/2 to 5 pound fire extinguisher, 1-2 gallons of water and a shovel, as minimum gear. 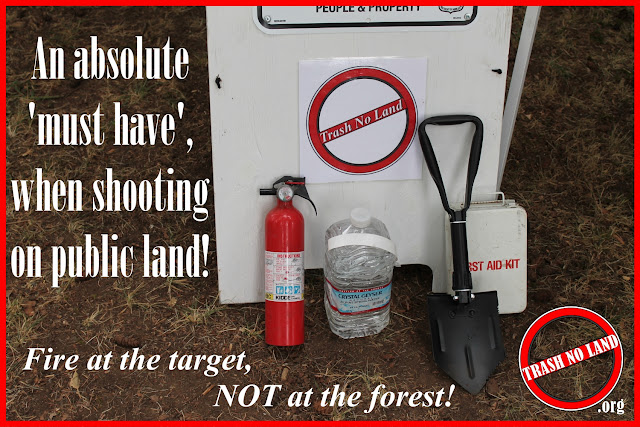 On hot days, it’s best to shoot early in the morning or not shoot at all that day. Avoid using steel targets on hot days. Use lead bullets rather than copper or steel core types.

Being responsible is easy and it’s an important part of preserving our privilege to shoot on public lands. If we destroy it, we loose it. Kind of simple. Do it right and Trash No Land! 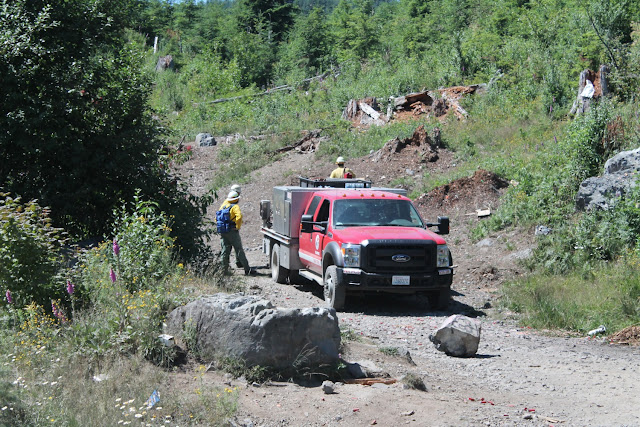 More info on fire prevention in target shooting at:  http://trashnoland.org/fire.html