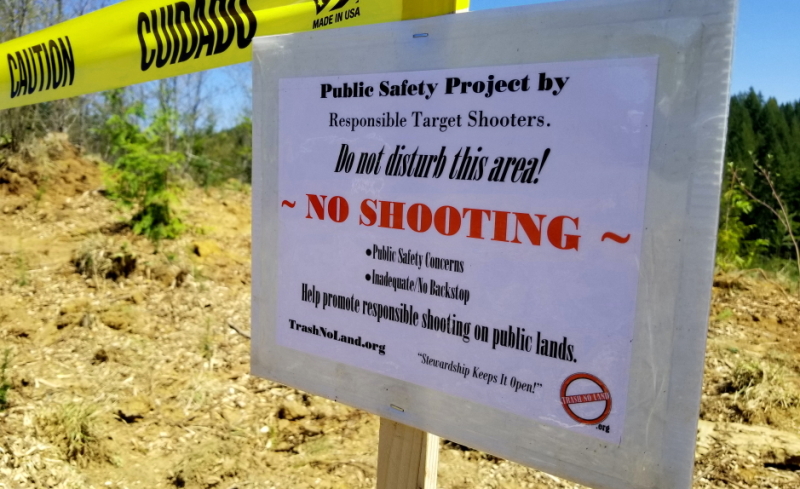 The Fall planting of our Public Safety Project is now complete!

Steve Williams and I (Bill Cogley), purchased and planted the final plants needed for the completion of our Public Safety Project in the Tillamook State Forest, at the improved dispersed target shooting location on the North Fork Wolf Creek Rd shooting lanes.

We created this project to change the look and feel of a certain location where some people had been target shooting. It was a public safety hazard and we wanted to deter shooting there by removing the temptation (make it look like it’s not a place to shoot).

This past Spring, we conducted a fundraiser that brought in just enough to cover the Spring and Fall costs ($1750), we purchased over 200 native trees and shrubs, and brought in a tractor to till the ground and knocked down a short dirt berm. Over twenty people came to help plant the initial plants, most of which were hearty enough to make it through a dry summer.

The planting this Fall was to replace the ones that didn’t survive and plant the ones that will take root in the wet winter weather. 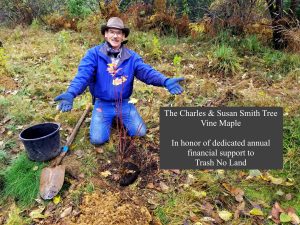 The Charles and Susan Smith Tree… They have been members of Trash No Land for several years now at the $100 Protector level. He invited me to his house in Portland to visit and learn more about our organization. Real nice folks, and although he rarely gets to go shooting any more, they both are strong supporters of the Second Amendment and believe in what we’re doing on public lands.

Recently, he had to sell his house and move to Arizona due to health concerns with his wife. As he moved, he sent Trash No Land a nice donation. In appreciation, I wrote back and let him know I would dedicate a tree in his name.

Henceforth and forthwith, let it be known, the largest Vine Maple tree shall be known as the Charles and Susan Smith Tree!

Thank you all for supporting this project! So far, so good! There has been VERY little evidence of people shooting in this spot since we started. Only one time did I find a few shotgun hulls and some broken clay targets! 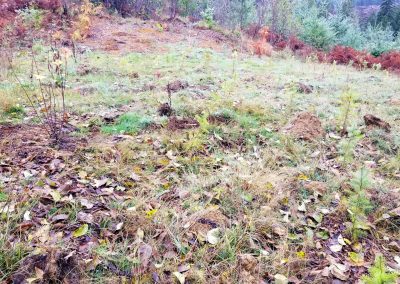 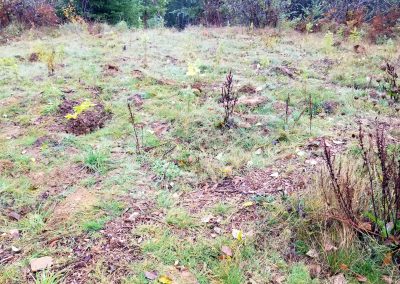 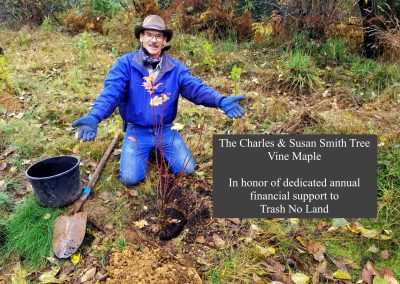 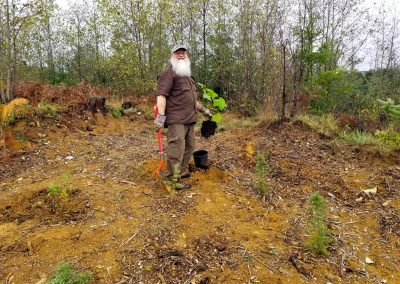 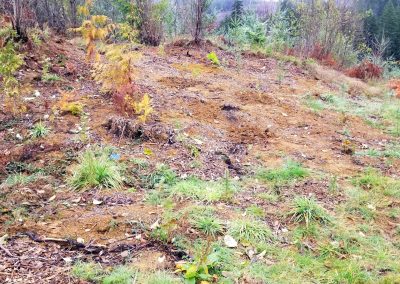 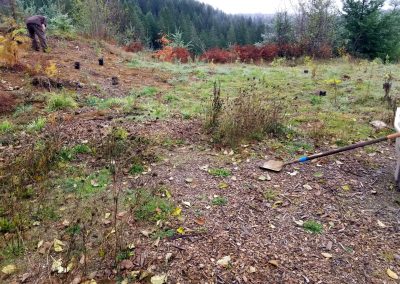