THE VALUE OF FREE TARGET SHOOTING. 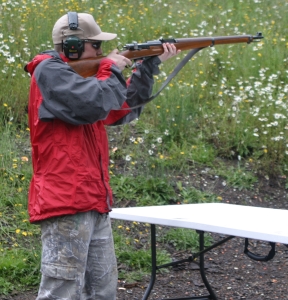 What is the value of ‘FREE’?

You know, free as in receiving something of value at no cost to you?  It depends on whether you see it as a value or not!  If not, you may have no respect for it.
Shooting on public land is FREE.
However, some people put little-to-no value on it and, therefore, have little-to-no respect for it. Those are the ones who are ruining Recreational Shooting for the rest of us.  They don’t VALUE it and they have no RESPECT for it being free.
Shooting on public land is NOT FREE.
It does have a cost.  It costs the tools to do the recreation, the ammunition to test your skill, the cost of the targets that don’t lie yet give excitement and pleasure to each hit, the fuel and vehicle wear-and-tear to get there, the taxes you pay out of your paycheck and the disposal cost of your spent casings and trash when all is said and done.

To many people, the cost of all that does not translate into the VALUE of free shooting and does not generate a feeling of RESPECT for the privilege.  On the flip side, many other people DO value and respect the privilege and it’s embedded in their souls as part of their everyday life.
So how do we create a perceived VALUE that would instill RESPECT?
I don’t have the answer, but I think about it all the time.  It is so overwhelming, at times, that I often think I should just leave it and let it run it’s coarse into closure and restrictions.  But then, I also think of my kids, and their kids, and where will it be years from now if I give up.  Shutting down shooting on public lands would have devastating effects on the shooting sports, hunting, access to the great outdoors, would hurt private enterprise, inflict further restrictions on gun owners and weakens our ability to become proficient in the use of a gun.  All of that is the VALUE I see in being able to shoot, FREE, on public land.  And I RESPECT that privilege.  So, I can’t stop trying to come up with solutions.
The free dumpster in the woods idea…  Again, free = no value, no respect.  “Why take it to the dumpster?  There are ‘do-gooders’ who will do that.  And look, let’s bring out that pile of trash at the house.  It’s free to dump here!”
“It’s that black AR15 assault weapon with the high capacity magazines that looks like a war machine and puts too many holes in the microwaves, computers and milk jugs!”  I disagree.  It’s the user.  Just like all the other crimes committed with a gun, the user did it, not the gun.  I do agree with the fact that many more people are getting carried away with the fun of blasting a thousand rounds as fast as they can at anything that’s out there (even the trees).  Lose of control can easily happen and the lose of common sense often happens.  “But hey, I saw it on YouTube and that looks like fun!”  No, it’s not the type of gun, or the magazines, or the color, or the ‘look’, or the caliber, or whether it’s full or semiautomatic…  it’s the CHOICES THE USER MAKES when they shoot.
So how do we create a perceived VALUE that would instill RESPECT?
Should we propose a bill that requires a permit to target shoot?  It would be a way to generate funds for future shooting improvements and maintenance, and it might help reflect some VALUE in shooting.
Write a bill that would require a deposit on shotgun hulls?  I’m sure we would not see so many hulls on the ground in the woods.  Just like cashing in that brass for cash, hulls would quickly vanish from the ground floor!
A ‘Three Strikes You’re Out’ bill that would take away your privilege to shoot?  We would need more law enforcement to issue those 3 citations.
How about a grant from a foundation that would pay the wages for more law enforcement for at least 1 year?  The revenue generated from the fines they dish out would go toward their next year’s salary.
A sting operation?  I would still like to do that, but it can get rather risky and close to the vigilantly side of things.

OR, should we sit back and let it soon disappear?  Not an option in my book!

So how do we create a perceived VALUE that would instill RESPECT?
Thinking, thinking… Always thinking!  (It drives me nuts!)
Bill